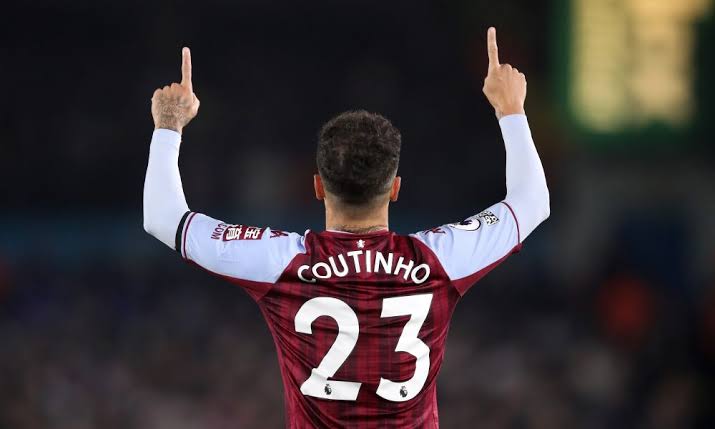 Aston Villa have signed Philippe Coutinho on permanent deal with Barcelona confirming a £17m (€20m) fee has been exchanged.

After initially signing on loan in January, the Brazilian has penned a four-year deal to stay at Villa Park under manager Steven Gerrard.

The 29-year-old has scored four goals and made three assists in 16 Premier League appearances since joining Villa.

Gerrard said as cited by Sports Central: “This is a brilliant signing for Aston Villa. Phil is a model professional and his impact on the group has been very clear since he joined in January. “With the way he conducts himself on and off the pitch, he’s also a valuable role model for our younger players who can only benefit from his experience. “As we look to build towards next season, it is incredible to work at a club that executes its business so decisively and smoothly.

It brings an end to a disappointing four-year spell for Coutinho since joining the Catalan giants from Liverpool in 2018 for an initial £105m, which could have risen to £142m had bonuses been met.

But Coutinho rarely shone for sustained periods at the Camp Nou and was loaned out to Bayern Munich in 2019.

Despite flashes of his best form, Coutinho mostly played a squad role as the Bavarians picked up a historic treble, starting just 20 times throughout the campaign across the Bundesliga and Champions League.