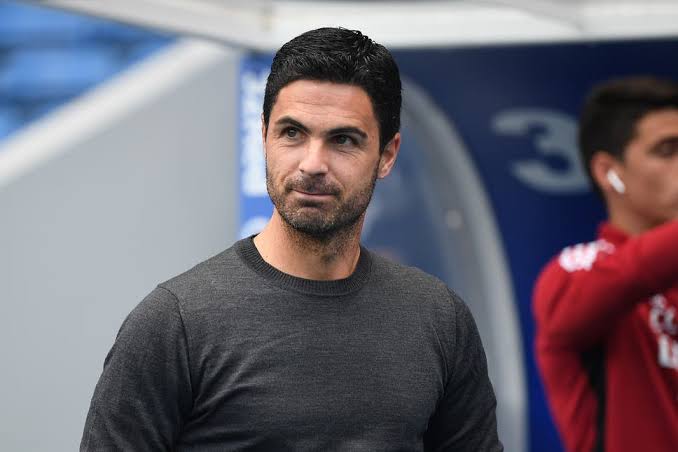 Mikel Arteta Hints On Having A Senior Figure In His Squad

Mikel Arteta has admitted Arsenal need more ‘senior’ figures and ‘players with different types of leadership’ as the club continue their squad overhaul this summer.

The Gunners have already made two first team signings this summer, with left back Nuno Tavares joining from Portuguese side Benfica as well as the addition of midfielder Albert Sambi Lokonga from Anderlecht.

The north London outfit are also on the verge of landing Brighton defender Ben White for a fee of £50m. The 23-year-old England international is expected to complete a medical next week once he returns from holiday.

When asked about what type of players he was looking for during this window, he said as cited by Sports Central: ‘We need some senior players, players with different types of leadership in the team, with different qualities, people that complement each other. ‘At the end of the day it is about the cohesion of the team so we need a squad that is cohesive that can develop and adapt, that offers different qualities to change games, protect games when we need to and this is what we are trying to build.

Arsenal continue to be linked with several midfielders including Sassuolo’s Italian star Manuel Locatelli and Lyon’s Houssem Aouar as Granit Xhaka looks set to join up with Jose Mourinho at Roma.

Meanwhile, Arteta was full of praise for Tavares, who scored on his debut for the Gunners against Rangers on Saturday.

Arteta said: ‘We wanted to have more strength and specific qualities in the left-back position, and we identified Nuno a while ago. ‘To be fair to the scouting department, they have done brilliantly to identify a talent with the qualities that we required, at the age we required and financially it was something we can afford. ‘The boy has already been pretty impressive. I think he is the right profile for what we are trying to build here.