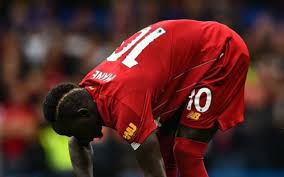 Liverpool put in a poor opening 45 minutes in Spain in the first leg of their Champions League quarter-final tie against Real Madrid and were 2-0 down at the break.

They pulled a goal back through Mohamed Salah, but then conceded again to finish 3-1 losers on the night and have a mountain to climb in the second leg on Merseyside.

Mane clocked the full 90 minutes but former Liverpool star Warnock was not impressed with his performance and feels the time has come for him to be dropped.

Warnock wrote on Twitter as quoted by Sports Central: “I’m sorry but it’s time for Sadio to come out of the team. “Never thought I’d be saying that but he’s miles off it.

It remains to be seen if Reds boss Jurgen Klopp will stick with Mane for the second leg as Liverpool will need to score at least two goals to progress in the Champions League.

Mane has netted a total of 12 goals in 38 games for Liverpool so far this season; he scored 22 last term in 47 appearances.