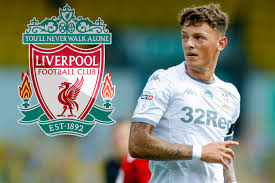 Liverpool Ready To Go For This Defender In The Summer

It's no surprise that the Reds have been linked with a number of center-backs this month.

That has led to plenty of names being churned out by the rumour mill, ranging from the likes of Sergio Ramos to David Alaba.

One player who has been talked about and who is of genuine interest is Brighton & Hove Albion's Ben White.

The Reds scouted White extensively last season during his successful loan spell with Leeds United in the Championship but opted against making a move last summer due to the recognition that the centre-back would need more top-level experience before being ready to make the switch to Anfield.

When White signed a new deal in September, the Reds' hopes were not dashed, due to taking a more long-term view on the player.

With Liverpool's recruitment system operating two transfer windows ahead, any assessments on White were with a view to the 2021 summer market.

That means that, whilst there may be no new arrivals this month, White could well be on the recruitment list come the summer.