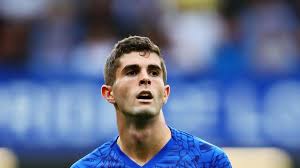 According to American legend Lalas, Frank Lampard is wasting Christian Pulisic's talent at Chelsea this season.

The Chelsea playmaker has had a difficult 2020-21 season so far after the USA international suffered a string of injury issues this season.

Pulisic has also found his first-team opportunities slightly limited by the arrivals of Kai Havertz, Timo Werner and Hakim Ziyech in the 2020 summer transfer window.

The former Borussia Dortmund midfielder has been limited to 10 appearances in the Premier League despite Pulisic playing a big role in their 2019-20 campaign.

The American’s only goal in the current top-flight campaign came in a 3-1 victory over Leeds United in early December.

Chelsea FC have endured a difficult run in the Premier League over the past few weeks, losing four of their last six top-flight games.

Former USA defender Lalas hit out at Lampard’s handling of Pulisic in the 2020-21 Premier League campaign.

Lalas told his State Of The Union  podcast as cited by Sports Central: “Here’s the problem. The way we’re talking about this performance against Man City from Christian Pulisic is of a player who shines despite the fact that he is not playing with the best players, or is playing against vastly superior opposition and still being able to show. “This is Chelsea with all the talent they have and all the money they have spent. “I’ll say it right now, Christian Pulisic is too good for this Chelsea team. His talents are being wasted right now at Chelsea, with this Chelsea team that they have.

Pulisic moved to Chelsea FC in a £58m deal from Bundesliga outfit Borussia Dortmund in the 2019 summer transfer window.

The American playmaker scored 10 goals and made seven assists in 32 appearances in all competitions in the 2019-20 campaign.

Chelsea FC were 4-0 winners against League Two side Morecambe in the FA Cup third round at Stamford Bridge on Sunday afternoon.

The Blues will take on Fulham in their next Premier League game in the west London derby at Craven Cottage on Friday.