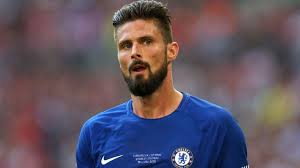 The Magpies wanted Giroud this summer and he could leave Chelsea in January.

Oliver Giroud's agent has dealt Newcastle United a blow as he hits out at Chelsea and Frank Lampard.

The French striker has started just one game for the Blues this season, against Spurs in the EFL Cup, but he netted twice for his national side this week.

Newcastle targeted Giroud earlier this year but he signed a new contract to stay at Stamford Bridge in May, netting seven goals in 12 matches to help Frank Lampard's side to qualify for the Champions League.

Michael Manuello believes this contribution has been overlooked, arguing that Giroud's record is all the more impressive as he did it without the likes of summer signings Hakim Ziyech, Timo Werner and Kai Havertz.

Manuello told Foot Mercato as cited by Sports Central: “With Olivier Giroud and without the signings, Chelsea were on 18 points from nine matches. These 18 points were gathered when Olivier started seven times. Chelsea scored 18 goals. “Since the beginning of the season, Chelsea have played eight matches, scored 22 goals and taken 15 points. So if they win their next match, they will equal what Olivier did last year. “It is not the same to play with Hakim Ziyech, Havertz, Werner than playing without them. So we need to look at this relatively. But at the same time you’d be blind not to see that Frank Lampard has decided to put Tammy Abraham ahead of him. It is not frankly fair when you look at what Olivier did at the end of the season. But he has the right, it is his choice.

He added: “Things have happened in the last five months. We cannot just look at the last two months and be forgetful about the three years that came before it. “But we have to be honest and if this continues, we will have to, first and foremost for him, experience other emotions.

Yet any hope Newcastle have of perhaps enticing Giroud to the club appears to be misplaced.

Instead, Manuello said the 34-year-old striker will likely look for a new challenge abroad - although he did not rule out the prospect of an ambitious Premier League side piquing his interest.

The agent confirmed: “Going back to Ligue 1 is not a priority for him. “He has other things he wants to experience, is looking for somewhere he can enjoy his football, quality of life and feel excitement. “The ideal would be to go abroad, discover another culture and new environment. A Premier League club with big objectives could make him consider, but he’s ready to try something abroad.