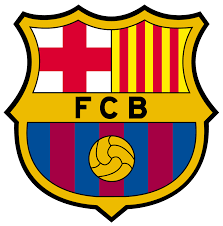 Former Barcelona B players have filed an official complaint with the Spanish Football Association AFE after failing to receive bonuses of €10,000 each.

The quarter assumes they will be entitled to a bonus payout when Team B reached the promotion playoffs for Spain's Third Division last season.

Financially affected Barcelona refused to pay these bonuses recalling the legal date on which these players' contracts expired, citing June 30.

These four players had already left the club before the playoffs, with the game having of course been delayed until the summer due to the coronavirus pandemic.

The worrying issue for Barcelona is that they gave bonuses to other squad members like Alex Collado, Ferran Sarsanedas and Hiroki Abe, all of whom were injured and also didn't make the playoffs.

While the aforementioned trio are still at the club, Barcelona may have set a dangerous precedent by giving them the bonus rather than the quartet that has now left.

It is an extremely difficult decision for the club, regardless of the financial situation. Saverio, Brandariz, Puig and Jaime basically missed a bonus due to the Covid-19 pandemic.