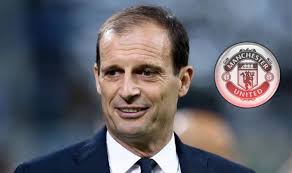 After a dismal start to the 2020-21 season in which the Red Devils suffered home losses to Crystal Palace and Tottenham Hotspur, United players expect the Norwegian to be relieved of his duties at Old Trafford.

The 20-time England champions are believed to have identified former Spurs boss Mauricio Pochettino as Solskjaer's successor, but another big name now appears to have entered the equation.

Journalist Duncan Castles spoke in the transfer window podcast of an alleged rift with Bruno Fernandes at Old Trafford as cited by Sports Central: "There is a discontent with the club and a discontent with the manager. "It's not entirely surprising to me that this has happened, it's a common pattern in the dressing room, this opinion of Solskjaer. "Fernandes is notorious for being highly competitive as an individual, he comes across as a very nice and unassuming individual, but talking to those who know him it's a different story. "I think this adds significantly to the pressure on Solskjaer. United have this long-standing interest in Mauricio Pochettino. "But there are other options on the market including Max Allegri, who isn't in contact with United but would be a candidate.

Allegri has been out of management team since leaving Juventus in 2019, where he won five consecutive Serie A titles with the old lady.