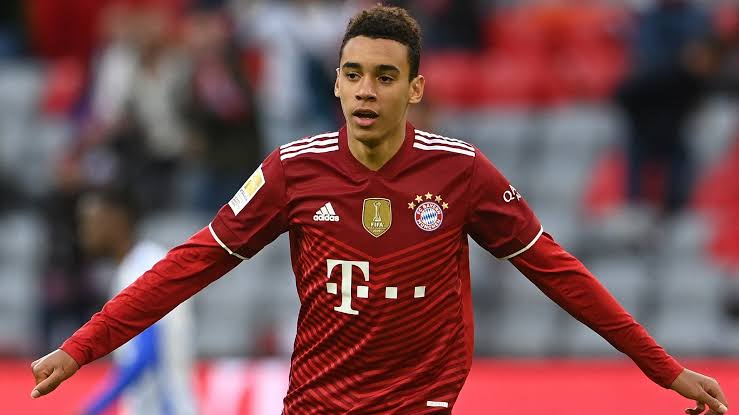 Liverpool are considering Jamal Musiala as an alternative target should they fail to land Jude Bellingham.

The Borussia Dortmund midfielder is their top target next summer but they will face competition if they are to succeed in bringing him back to England. Real Madrid as well as several other Premier League sides are keen on Bellingham, who has gone from strength to strength in Germany.

Liverpool opted against making a major midfield signing this summer despite clamour to do so due to their desire to add Bellingham at the end of the season. Dortmund have shown that they are prepared to sell their top stars for the right price and may have to eventually part company with their midfielder, but were not willing to do so in the same window they lost talisman Erling Haaland.

If Bellingham fails to end up at Anfield, the Reds may ramp up their interest in Bayern star Musiala, who has also excelled in the Bundesliga. The teenager moved to Munich having spent several years in Chelsea's youth set-up and has since flourished.

Musiala has now established himself as a regular with Bayern and Germany, scoring seven times already this term. Sky Germany understands that Liverpool are among several top sides keeping tabs on the talented teenager, but he is not expected to leave the Allianz Arena anytime soon.

The player himself has refused to rule out a Bayern exit down the line, but has no plans to leave currently. He previously told Bild as cited by Sports Central: "Many factors come together, many details. I’m very happy at Bayern. But you never know what will happen in 6-7 years. I live in the present and enjoy the moment, I’m very happy.

He also added: "The Premier League is a really strong league. The big stars go there. But whether I’ll go there at some point? No idea. I only know that I enjoyed my time in England. Now I’m playing for FC Bayern, one of the best clubs in the world“

Bayern's sporting director Hasan Salihamidzic has also made it clear the Bavarians will not be offloading their young talent. He said: "It is important that Jamal plays for Bayern for a long time. Of course he is not for sale. "He's an amazing boy, a Germany international. We need a guy like that. If I were to think about giving this boy away somehow, I'd be crazy. He will play for Bayern for a long time.

Liverpool's midfield is in need of a refresh. Several of their leading lights are now into their 30s with some of them prone to picking up injuries.

The likes of Jordan Henderson and Fabinho have been lynchpins of recent success whilst Thiago is also an influential figure. Nevertheless, new faces are required at Anfield.