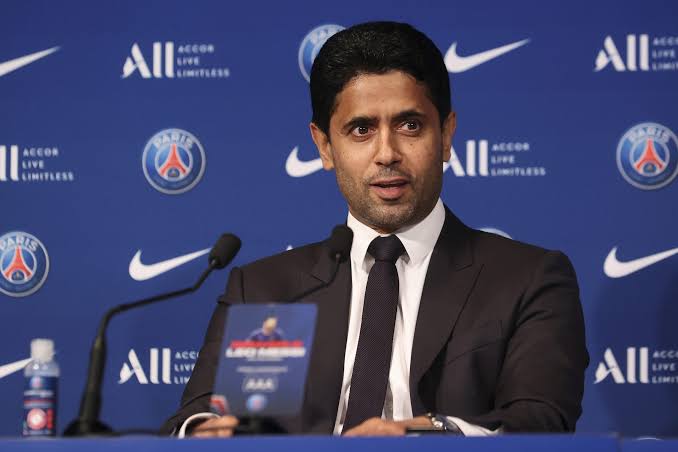 The Parisian giants are coming off the back of a mixed season where they reclaimed Ligue 1 but fell massively short of their primary objective - to win the Champions League. Mauricio Pochettino is now on his way out by ‘mutual agreement’, meaning the club will begin a new era under incoming Nice manager Christophe Galtier and Luis Campos as football advisor.

Highly-regarded ex-Real Madrid boss Zinedine Zidane had consistently been linked with the managerial vacancy, but Al-Khelaifi has now rubbished rumours suggesting he was ever in the running.

Al-Khelaifi told Le Parisienne as cited by Sports Central: “Dreams are one thing, reality is another. “Perhaps we should change our slogan... dream bigger is good, but today we must be realistic, we don't want flashy, bling-bling anymore, it's the end of the glitter.”

The Qatari’s comments come after the club sacked its long-time sporting director Leonardo in favour of a new direction. PSG were able to fend off Real Madrid and tie down Kylian Mbappe to a new contract last month, which will see the 23-year-old superstar have a say in future signings and managerial appointments.

The club was criticised throughout last season for the addition of Lionel Messi to an already glitzy front three which included Mbappe and Neymar, while sacrificing the overall cohesion of the team. And Al-Khelaifi believes incoming manager Galtier is a step in the right direction, contrary to Leonardo constantly offering the role to Zidane before.

He added: “I love Zidane, he was a fantastic player with incredible class. He was also an exceptional coach with three Champions League titles. “But I'll tell you one thing: we never spoke to him, either directly or indirectly. Many clubs are interested in him, national teams too, but we have never spoken to him. “We chose another option. We chose a coach who will be the best for what we want to put in place. I'm not here to compare coaches. I know exactly what we need. There are details in the club that you don't know.