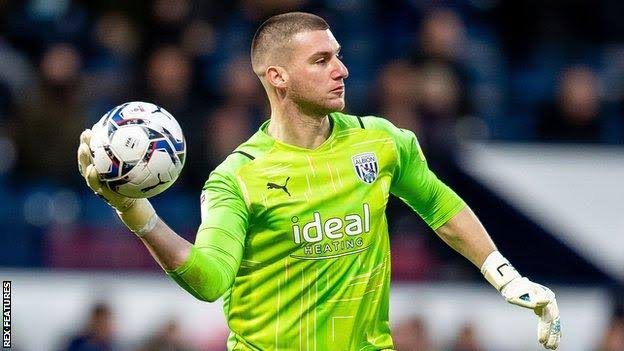 The 29-year-old will join the Eagles on a free transfer after his contract with Championship club West Bromwich Albion expires at the end of June.

He will become Patrick Vieira's first signing of the summer and provide competition to 35-year-old Spanish goalkeeper Vicente Guaita.

He made his international debut in the 1-0 friendly win over Romania in June 2021 and also played in two World Cup qualifiers against Andorra that year.

It is likely Palace will move on one of Jack Butland or Remi Mathews as the signing of Johnstone will mean they have four senior goalkeepers.

Butland, who played for England between 2012 and 2018, was second-choice keeper last season and played 15 times for the Eagles.