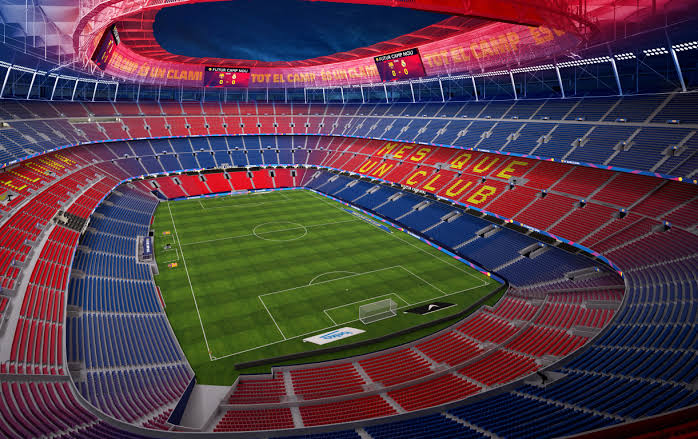 Barcelona Are Preparing To Leave Camp Nou Next Summer

Barcelona have confirmed plans to leave the Camp Nou in a year’s time while the LaLiga club’s iconic home undergoes a £1.3billion renovation.

Club president Joan Laporta announced the latest details of the temporary move to the city’s Olympic Stadium on Tuesday, ahead of the Espai Barca project kicking off.

Work will begin during the new season on the huge Camp Nou refurbishment, which will include a roof being implemented as part of a full remodelling. The stadium will also be renamed to the Spotify Camp Nou as part of a £237million sponsorship deal.

The team will continue to play in the stadium in 2022/23 despite the works, before their temporary exit and a return at a reduced capacity for 2024/25. The renovation is set to be completed shortly afterwards.

Built in 1927 and renovated in 1989, the ground has largely been a tourist attraction in recent years while hosting occasional athletics events.

Barcelona have confirmed a series of redevelopments on the Olympic Stadium, which hosted the 1992 Games, ahead of their arrival. These includes updates to the dressing rooms, media zone and surrounding areas - costing the club around £15m.